Roblox Boss Fighting Simulator is a popular sim game that is developed by Broken Wand Studios. You will be taking up the mantle of a fighter and looking to take out massive bosses that patrol the lands. Grab your best sword and see if you have the strength to defeat the challenges ahead of you. As you gain more skill, you can upgrade your character to become more powerful. Once you’ve become strong enough, see if you can dominate your fellow in PVP gameplay!

We cover everything to do with Roblox! If your avatar is in need of some new clothes, hair, or anything else you can some great new stuff on our Roblox Free Items page. If you’re looking for freebies in some other games and experiences, be sure to check out our Slayers Unleashed Codes – v0.832 Update, Anime Fighters Simulator Codes – Update 28, and Shindo Life Codes – Tyn Tailed & Open World Update pages!

We’ve got the newest working codes listed below for Roblox Boss Fighting Simulator. These can be redeemed for power, coins, runes, and crystals! You will want to make sure to use these as soon as possible, because codes do expire after a period of time.

Be sure to join the Broken Wand Studios Roblox Group to get free in-game rewards!

How do I redeem codes in Boss Fighting Simulator?

To redeem codes in Roblox Boss Fighting Simulator, you will just need to follow these steps: 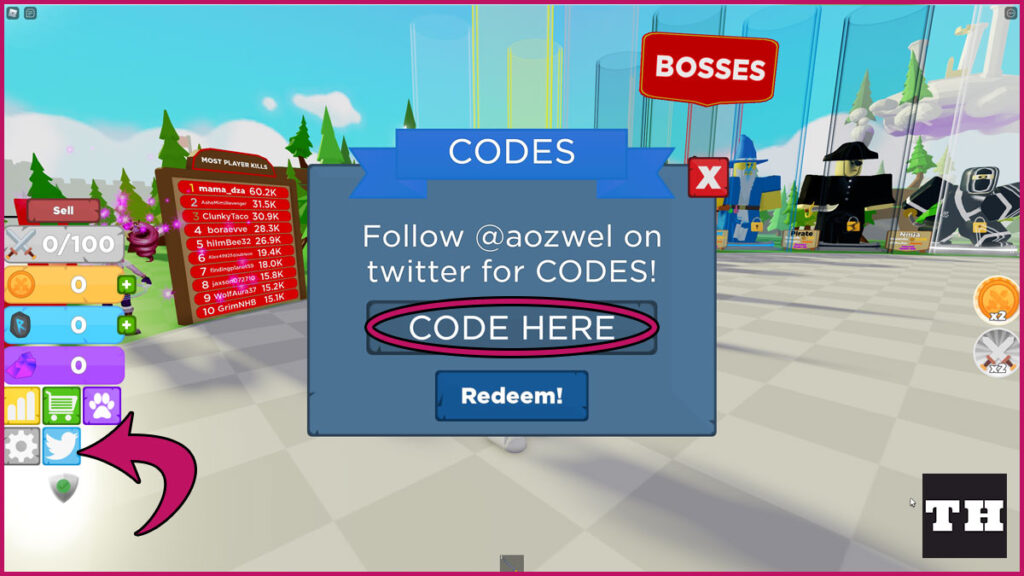 Make sure to enter the codes exactly as they are listed in our post. If you don’t, you might find that they will not work for you, which means you have possibly entered them incorrectly. However, after you double-check them, be sure to let us know if any of the codes aren’t working or have expired, and we’ll update the list as soon as possible!

Where do I get more codes for Boss Fighting Simulator?

To find more codes, make sure to follow Broken Wand Studios on Twitter, who is the developer of the game. You can also join the official Discord server for the game to get news, updates, and to chat with other players. Otherwise, we will be updating this wiki with all of the most recent codes, so make sure to check back frequently!

Those are all of the codes we currently have listed for Roblox Boss Fighting Simulator. If you see one that we’re missing, please let us know in the comments so we can add it right away!

admin in Games
6 min read
Follow us on
Up Next: What is the fat chipmunk girl name?