Roblox Pet Simulator X is the newest follow up to the popular Pet Simulator series! This game will have you collecting coins and diamonds to purchase eggs, which you can then hatch to obtain legendary pets like dragons or unicorns! there will be areas to explore, eggs to find, secret to uncover, and you will be able to trade pets with other players! If you have some duplicate pets, you can fuse them together or use them to get new ones!

If you’re looking for freebies then you can find them with our Pet Simulator X codes list. If you aren’t sure how to redeem codes in Pet Simulator X, you can find out how below the codes list! Make sure to favorite this page by pressing CTRL + D on your keyboard or use the Add to Bookmark button on mobile.

We cover everything to do with Roblox! If your avatar is in need of some new clothes, hair, or anything else you can some great new stuff on our Roblox Free Items page. If you’re looking for freebies in some other games and experiences, be sure to check out our All Star Tower Defense Codes, Shindo Life Codes – Tyn Tailed & Open World Update, and Slayers Unleashed Codes – v0.832 Update pages!

We’ve got the newest working codes listed below for Roblox Pet Simulator X. These can be redeemed for Diamonds and Boosts. Diamonds can be used for a variety of things, including fusing, rainbowing, and dark mattering your pets. Boosts will help you get rare pets, or increase the amount of coins you are able to get from items! You will want to make sure to use these as soon as possible, because codes do expire after a period of time.

These are NOT merch codes, the list below features promo codes for the game. You can learn more about the other kind of code in our what is a merch code guide.

Be sure to join the BIG Games Roblox Group to get an additional free starter pet!

The Pet Simulator X Easter Update will likely be released on April 17th, 2022. It hasn’t been confirmed for sure, but it is very likely to happen. If a new code is added to the game, we’ll list it below.

There wasn’t a code in the Traveling Merchant update, but you can now get rewards for following BigGames on Twitter! Just add them on Twitter, then go into the game and head to Spawn Island. There will be a sign across from the Rank Rewards chest that you can use. Type in your twitter account to verify and you will get a permanent +50% XP boost! 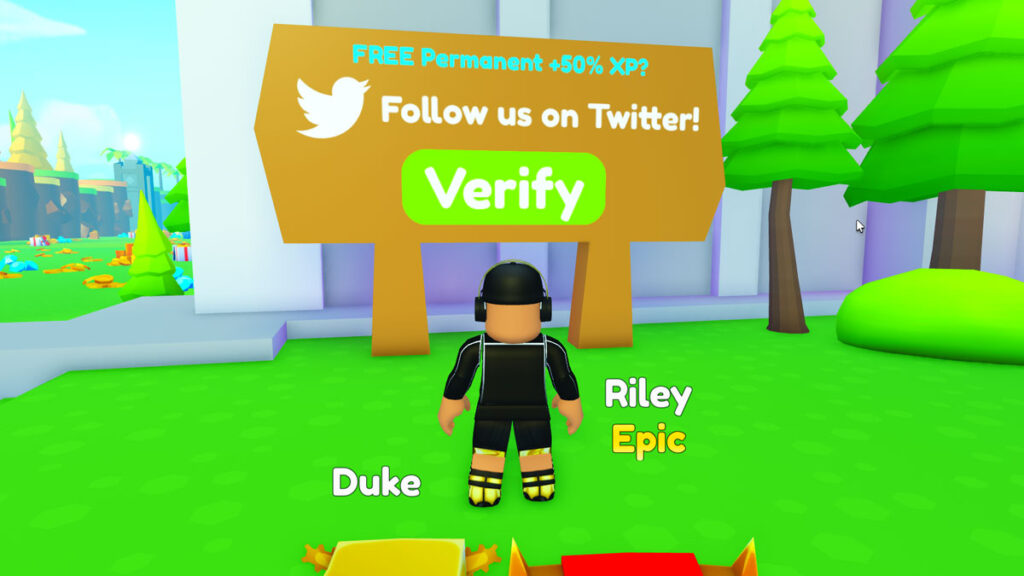 How do I use codes in Pet Simulator X?

To redeem codes in Pet Simulator X, just go into the game and hit the pet button. At the bottom of the screen, click on the STAR icon and scroll down to the bottom of the Exclusive Shop menu. Click on the Redeem button, copy one of the codes from our list, and paste it into the box. Hit enter and you will receive your free reward!

<
h3>How do I get more codes for Pet Simulator X?

To find more codes, make sure to follow BIG Games on Twitter, who is the developer of the game. Otherwise, we will be updating this wiki with all of the most recent codes, so make sure to bookmark the page!

What can I do with Diamonds?

You can use diamonds for a variety of different things, such as gamble to make a pet golden, rainbow, increase character and pet run speed, increase pet damage, get a boost to diamond rate drops, and increase your pet storage. There’s also fusing your pets, turning them rainbow, and unlocking a mysterious vault!

Orbs appear to be anything you can pick up from attacking coin piles, vaults, presents, and boxes. They are the combination of Diamonds and Coins.

How do I get more Diamonds?

To get more Diamonds, you will need to send your pet to attack piles of them on the ground. They start showing up more frequently in later stages. You can also get them by leveling up your character, and completing achievements! Most achievements involve breaking different types of objects, such as boxes, presents, vaults, and safes. Try to vary which items you are attacking with your pets!

How do I send all of my pets after a target at once?

There’s a shortcut in the game that allows you to send all of the pets you have equipped after a single target, rather than having to click multiple times. Instead of clicking repeated, just click once and hold it for a second or two then let go. This will send all of your pets after the target!

Pet Simulator X is the latest and greatest game in the Pet Simulator Series with lots of new features and pets to collect!

💰 Collect coins and diamonds to purchase eggs!
🥚 Hatch legendary pets like Dragons or Unicorns!
🗺️ Unlock and explore new areas of the map, find hidden eggs & secrets!
🔄 Collect and trade pets with other players to get to the top of the leaderboard!
✨ Upgrade pets or fuse them together to get new ones!

💡 Join the BIG Games groups for a FREE pet!

🧡 Made with love by Preston

Those are all of the codes we currently have listed for Roblox Pet Simulator X. If you see one that we’re missing, please let us know in the comments so we can add it right away!

Where to find the Spider Man Mythic in Fortnite

yiuzha in Roblox
1 min read
Follow us on
Up Next: 5 Letter Words Starting with N and Ending in H – Wordle Clue